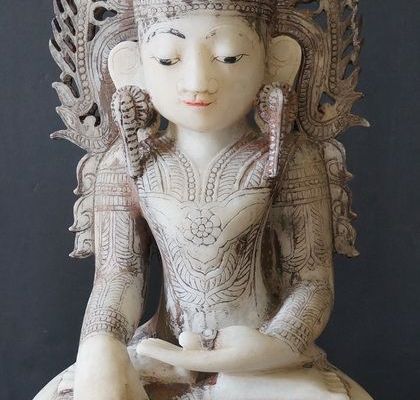 One of the most popular pose depicted on Buddha statue is the touching the earth gesture or famously known as calling earth as witness gesture. (like below) 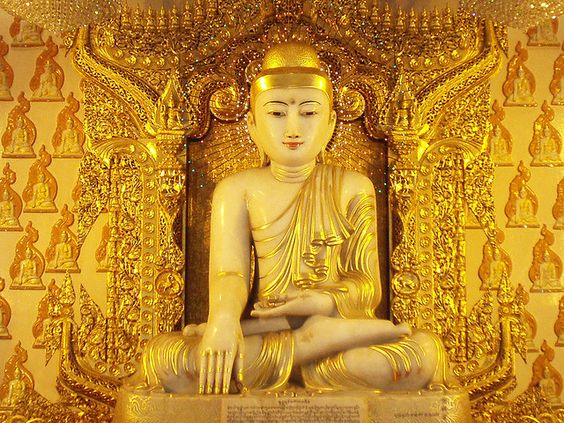 In the above picture, did you notice that the fingers of the right hand is of equal length? If you visit museum or south Asian countries, you might come across Buddha statue that are carved like that. This is not due to the artist’s laziness or their limited sculpting skills.

This is another unique feature of Buddha’s body. According to ancient text, his fingers are of the same length.

Buddha was alone in meditation and just before his enlightenment, Mara (who is a clestial being opposed to Buddha’s enlightement) arrived to prevent the enlightenment.

He tried to dissuade the Buddha with clever words, deployed his beautiful daughters to tempt and seduce Buddha and launched an attack against Buddha with his vast armies. Finally he challenged Buddha for a witness to attest of his deeds towards enlightenment.

The Buddha called upon Earth as his witness to his various deeds towards enlightenment and finally attaining enlightenment. The Earth responded with trembles and quakes and according to some legend, a great flood swiped away Mara’s armies.

Therefore this art form depicted the moment of Enlightenment. In a way Buddhist interpreted this to mean Success after hardwork. (just like how Buddha perfected himselves to become Enlightened)

It represents Good overcoming evil. That’s why many Buddhist home and temple has Buddha statue with such an artform.

It is also commonly used to represent Sakyamuni Buddha.