When I visit Buddhist countries, I enjoy visiting Buddhist monastery and temples to admire the artwork of the Buddha statue. Here’s sharing some of my personal insights.

I believe Sakyamuni Buddha did not want his followers to worship his images. He said that those who understand his teachings, truly see him.

Buddha statue started to appear much later after the Buddha passes into parinirvana. Therefore Buddha statue are created by man out of their yearning to have a physical reminder that Buddha was once physically present amongst us. It is important that artwork of Buddha be rendered in accordance to written description of the Buddha. (as closely as possible)

The Buddha statue usually depicts a man with unusual physiques sitting calmly in a cross legged position. However, the artwork may depict the statue with hands in different gestures. I will try share my limited knowledge on what they mean and how I interpret them personally.

Before that, we should 1st examine the Buddha’s physiques as commonly portrayed in Buddhist art. 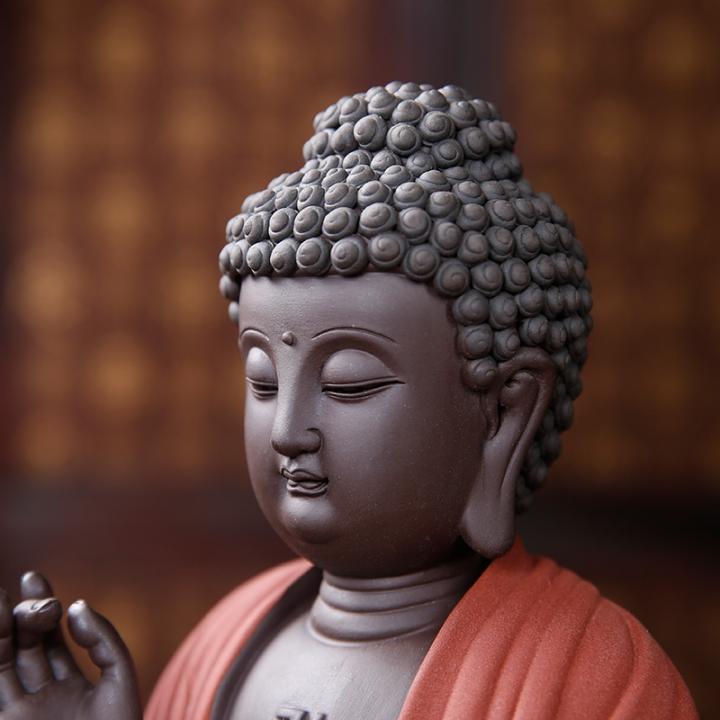 In another word, a potential Buddha is born with those unique physiques. The Buddha explained that he was born with those special features due to his past karma of practicing perfections (ie. patience, charity, compassion etc) To be a Buddha like Sakyamuni Buddha, one has to complete their practice of perfections.

Therefore any subsequent person claiming to be Buddha after Sakyamuni Buddha would not be taken seriously by an educated Buddhist. This is because they do not possess the mark of perfections on their body.

In the above picture as an example, people may mistaken that Buddha was a man with a unique head dress like a helmet or a turban.

The artist is actually trying to depict some of the unique features on the Buddha’s body. (So please note: The Buddha is not wearing a helmet or turban)

It was recorded that the Buddha was extremely good looking and both man and woman became infactuated with him.

Different culture interpreted handsome according to their own background. As a result , we see Buddha statue that looks like Chinese, Tibetan, Caucasian, Siamese, Burmese and recently I saw one that has some African features. I think this is good because it reminds us that anyone can become a Buddha.

End of part one.