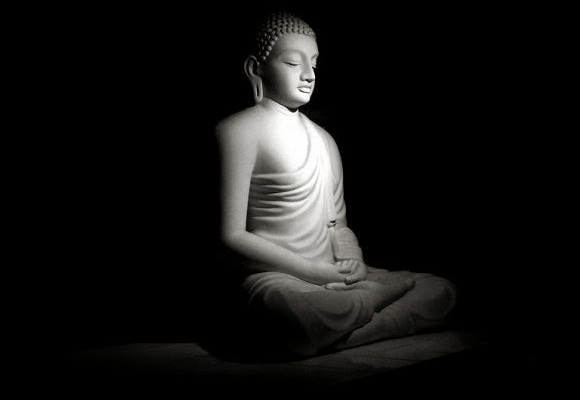 After the Buddha initial attained Enlightenment, he surveyed the world using his mind and found out the location of the 5 ascetics whom will be suitable students of his teachings. So he proceeded to where they were.

On his way there, he met 2 merchants who were brothers.

The story of how this two brothers were receptive towards the Buddha is interesting.

The wheel of their merchandise cart were stuck while they were travelling through a wooded area. Whilst fixing their wheel and taking a lunch break, they heard a female voice addressing them even though there was no one else.

This female voice then explained to them that she was their mother from a previous lifetime and she had been watching over them since their previous life.

In that lifetime, she had been reborn in haven after she died. Unlike her, her two sons passed away and were reborn as humans. Even though they no longer remember her, she had been watching over them from haven.

She told them that the Buddha can be found not far from where they were. She then directed them to go towards the Buddha and offer him some food for lunch.

That was the reason why 2 merchants appeared in a secluded part of the woods to ask Buddha for sermons when the Buddha was relatively unknown at that point in time.

According to the scripture record, they offered food to the Buddha and requested the Buddha for something as a keepsake. The buddha gave them a few strains of his hair which they brought back to their home country (Myanmar) for worship.

They were the 1st to profess their faith in the Buddha and became the 1st two laities in Buddhism.

I like this story because it tells the story of how the love of a mother guided two sons to perform meritorious deeds. The mother had been reborn in haven and still watches over her sons. That is loving kindness.

I like the simplicity of how these two merchant offered lunch, sat and chatted with Buddha and after listening to Buddha’s short teaching, was wise enough to profess faith. Becoming a Buddhist cannot be any simpler.