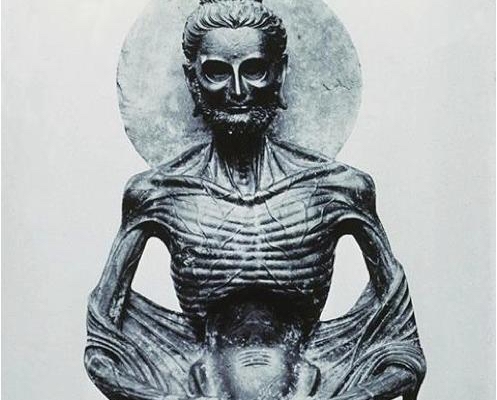 The Vesak celebrates the Enlightenment of the Buddha.

One of the thing that we can learn from Buddha is resolve.

This image depict the suffering experienced by Prince Siddhartha before he gained enlightenment. He searched for teachers to teach him various method of meditation and followed their method to the fullest. The above image depict his pursuit of extreme asceticism . However none of his teacher were able to guide him towards enlightenment and those teachers where the best of the best at that time.

Nonetheless, he did not despair nor give up. Instead he embarked on his own quest to gain enlightenment through his own method..

In this Vesak I wish to remind myself of the resolve of a Buddha.

This resolve did not happen for only one life time. In fact His resolve is present for many lifetimes. We learnt from Buddha’s account of his previous lifes, that he had been persistent in perfecting himself. (refer to Jatarka tales)

Even after Enlightenment, once he decided to share his method and teach sentient beings, he embarked on a tireless mission to teach different types of beings.

We can say he taught non stop throughout the entire day with only a brief rest at night. It is said that the angles and heavenly beings visited him in the middle for the nights for teachings too!

As a lay Buddhist, if we can be persistent in all our goal and objectives once we set our mind, we should learn from Buddha and not waiver.

Luckily the teachings of the Buddha (84000 volume of teaching) are still present for us to follow. So we do not have to reinvent the wheel.

As for our daily affairs, let us try our best to succeed in life through right effort.