The golden week is in full swing and we are back to Tokyo!

Staying just a few blocks away from the imperial palace, I hope to witness the celebrations that welcome the new Reiwa era of a new emperor. Glad to be present in this once of a lifetime event.

But for today, let’s go see some cats! The luck beckoning ones! Rumour has it that adopting one will attract good luck into your life.

According to legend, a feudal lord was saved from a lightning bolt because the cat of the temple abbot waved at him. a thunderstorm. Curiosity made him walked towards the temple. At that moment, a lightning struck a tree, sending a huge branch crashing down. Had he stayed on his course, he would have met an untimely death. Feeling grateful, he became a patron of that monastery and the belief of the lucky cat became cultural over time. Many believe that the life saving cat is a manifestation of Kannon.

After the religious morning, it’s time to enjoy the secular afternoon.

Shimokitazawa is a town for the hippies. Unique cafes dot the neighbourhood and second hand clothing stores are everywhere. Want to save the environment? Why not wear some used clothes. Time to explore and bargain hunt.

I ended eating more than buying. 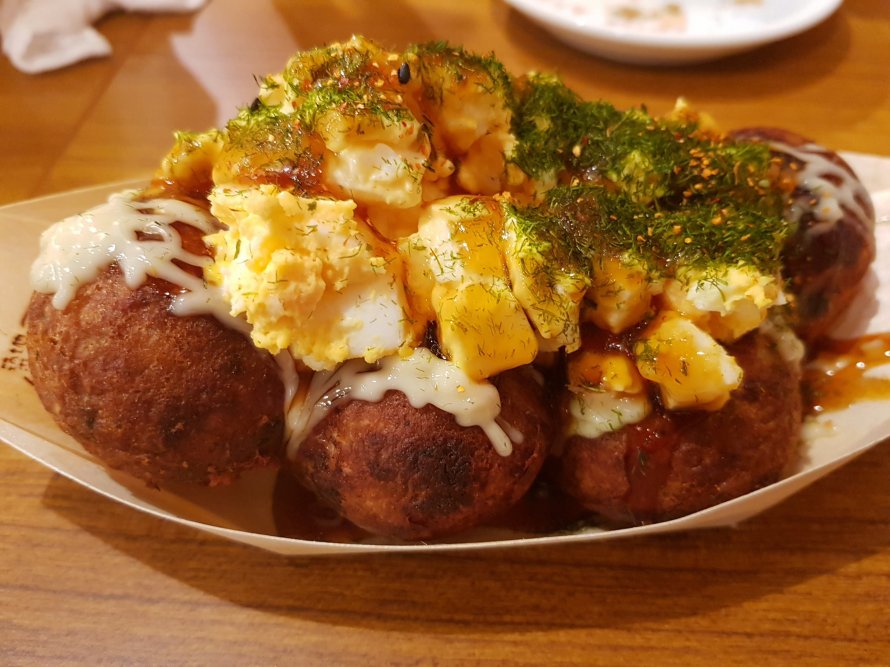 When the local queue up for the food, it is usually good. So I queued and was delightfully rewarded.