I was reading a Buddhist book and it was mentioned that the Buddha forbade his monastic orders from cutting trees. Then I remembered that the life of the Buddha seems to be always situated around trees. I kind of became curious how those tress looks like and did some online research.

According to scriptures, Buddha was born from the right side of his mother while she was standing and holding onto the branch of this tree for support. She was on her way back to visit her parents when the blooms of the Asokha trees attracted her to take a rest. That’s when the Buddha was born. Some other sources, mentioned that it was the Sala tree that supported Queen Maya during the birth of Buddha.

Do you know that Buddha started meditation on his own as a kid? Yes, without anyone teaching him! Isn’t he a prodigy?

He accompanied his dad to a royal ploughing ceremony. (Still practiced in Thailand today). His attendants left him under this tree as everyone was caught up in the fun fare of the cremony. While sitting under this tree, the young prince Siddhartha went into meditative absorption. After the ploughing ceremony, the king discovered his son sitting in meditation. Then everyone realised that while the shadow of other trees had shifted according to the sun’s position, the shade of that tree where Siddhartha was sitting, remained fixed.

That was one of the occassion where the king involuntarily raised his hands in salutation out of adoration.

Many years later, the Buddha recalled this incident and adopted that same meditation technique to attained Enlightenment. Thus Buddha’s enlightenment was based on his own technique of meditation and not taught by any teachers. 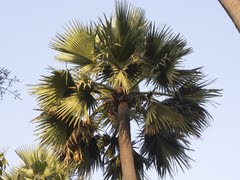 We heard about how Prince Siddhartha was captivated by the beauty and grace of Princess Yasodhara during a party. However, everything wasn’t smooth sailing for his marriage. Yashodhara’s dad had heard rumours that Siddhartha was pampered beyond hope and was a useless bum who wasted his time with entertainments. Therefore he wasn’t thrilled when Siddhartha asked for Yashodhara. Prince Siddhartha had to prove his capability in a competition. Prince Siddhartha managed to launch an arrow from an extremely stubborn bow and that arrow pierced 7 Tada tree before boring into the earth and disappeared.

This is the most famous of all Buddhist tree. I just found out that it also have numerous medicinal value and everything on this tree can be used for some ancient India medicinal remedy! 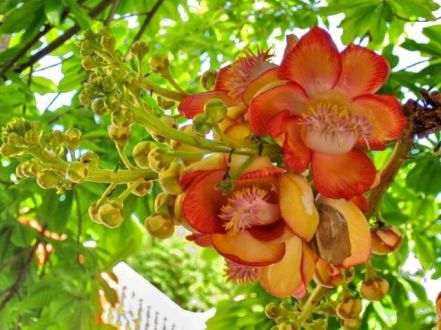 According to scriptures, Buddha rested between two of this tree. At that moment, the trees miraculously burst into blooms. Petal of the flowers rained down continuously as the disciples grieved and lamented.