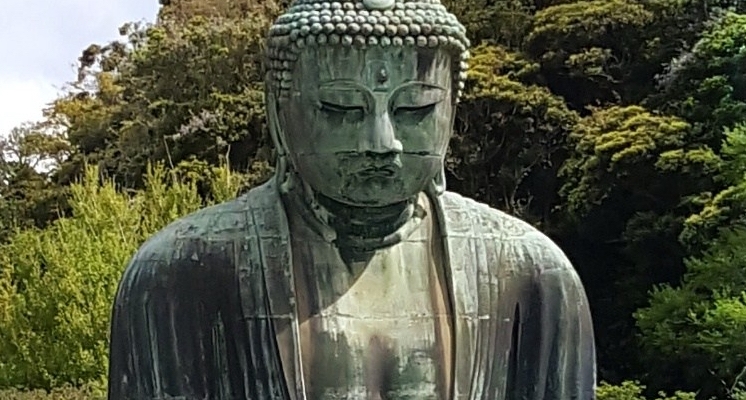 Know then that in the midst of this evil world of the Five Corruptions, I am able to carry out this difficult task, attain complete, unexcelled enlightenment, and expound the Truth which is so hard to believe for beings in all worlds. This is indeed most difficult!

When Buddha had finished preaching this scripture, Shariputra and all the monks and all the other gods and humans and asuras and the rest who had been listening, having heard what the Buddha said, rejoiced and faithfully accepted it. They all bowed in homage and departed.

Yeah! We have come to the conclusion of this wonderful sutra.

Like all Mahayana Sutra, this sutra had been heavily critiqued by Theravadian Buddhists as fake and not from the Buddha’s mouth. Personally, I was taught to despise Mahayana Buddhism in my early Buddhist education too.

However, great practitioners of this Dharma path had demonstrated great wisdom and miracles similar to practitioners of the Theravada path. As discussed in the past 24 posts, many Theravada mind training practices were hidden or embedded in this sutra and can only be explained by a qualified Mahayana teacher when they think their audience is ready for more in-depth Dharma knowledge. For example, the 37 limbs of enlightenment.

If we stand from a Theravada perspective, it might be better for us to ask ourselves. Why do they (Mahayanist) go through so much effort to hide the original teachings and create false imagery that is full of mysterious allure?

I think a good explanation was demonstrated by a contemporary Thai Theravadian Monk, Pra Acharn Mun.

A group of tribal villagers had mistakenly believed that the reverend monk was a tiger spirit when they first encountered him meditating in the forest. Since they had never seen a monk or someone in meditation, the village elders were convinced that fellow villagers must have offended the forest spirits, thus a tiger spirit (Acharn Mun) had manifested in their proximity to punish them.

They wished the Tiger spirit (Acharn Mun) would depart from their neighborhood but were afraid of incurring his wrath. Thus, Acharn Mun “tricked” them into reciting the word “Buddho” as a mind-training technique. He told the villagers that he had lost something precious and they can help him locate it by calling out its magic name “Buddho”. When Buddho appeared, he would depart. Consequently, some of the villagers managed to gain elementary enlightenment from their practices because everyone was staying indoors and calling “Buddho” after sunset. In short, Acharn managed to trick many villagers into meditation.

Now, from a Mahayanist perspective, we understand that Acharn Mun who is a Theravada practitioner was employing skilful means to teach Dharma. Did Acharn lie? Why didn’t Acharn simply explain the Triple Gems and the 37 limbs of Enlightenment to those villagers with animalistic beliefs? Shouldn’t Acharn Mun denounce their animalistic beliefs upfront? These are similar questions that Theravada practitioners are using to critique a Mahayana Sutra without understanding the historical context that gave birth to the sutra.

If we reflect carefully, it is apparent how Amitabha Sutra is a wonderful teaching tool for people who are afraid of “Emptiness” and who desire an afterlife in some sort of heaven.

May all be well and happy. Namo Amitabhaya