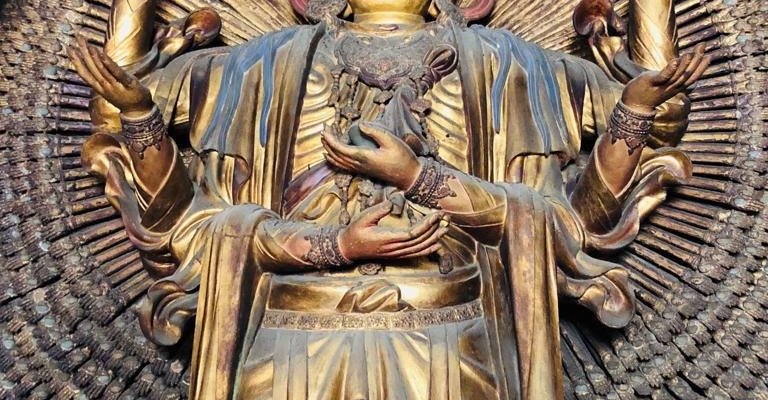 Manjushri is the wisdom of enlightenment.

Manjushri is the mother of all Buddha(s).

Manjushri is the removal of ignorance and all forces that opposes enlightenment.

Wisdom is beyond gender.

However, not everyone can relate to Manjushri in terms of enlightenment.

For many, the idea of enlightenment is remote and foreign.

Also, not all believers of Buddha desire enlightenment.

Many people cannot grasp or refuse to grasp the idea of enlightenment.

Instead of critising them as being non Buddhist, buddhist masters embrace their needs with compassion.

They understand that most people are just concerned about living well in this life. Few can really look beyond their current situations.

They only want to have a happy family, good health, wealthy bank account, good partner in life, nice children etc

That is fine too because if we live well in accordance to Dharma, karma will ensure good future results and hopefully that result also include a desire for enlightenment in the future.

In this perspective, it is important to make good wise decision in life. Decision that lead to long term happiness in this life and the next.

Therefore there are Buddhist praying for secular wisdom.

Consequently, Manjushri becomes a patron bodhisattva that is favoured by students and those about to sit for an examination.

Praying to Manjushri to have the wisdom to answer well during an interview.

Praying to Manjushri for directions in business and investment.

The list is endless. When there is a need, man will invent a mean.

Through compassion, Manjushri also manifest different forms to suit the preference of individuals.

In this majestic form Manjushri had a thousand arms. Each arm carries an alms bowl. In each bowl appears a Sakyamuni Buddha. Each Sakyamuni Buddha manifest an entire universe within the bowl. The message is profound and no doubt beyond the comprehension of most people.

A more popular representation of Manjushri depicts him as a prince welding a sword. A weapon that cut away ignorance and popularly believed to cut off the bad things in one’s life. This artwork gained much popularity and is still widely worshipped today.

In another manifestation, Manjushri is holding a Ruyi sceptre. An ancient weapon that banish all evils. In another twist the Ruyi is also a back scratcher. Easing the itches in unreachable places. Much like getting rid of a defilement that is hidden in the confused mind.

The worship of Manjushri is very much alive in Mount. Wutaishan. CHINA.

In another legend, a Naga king was subdued by Manjushri and converted to Buddhism. Consequently he had attained results in his Buddhist practice and had become a bodhisattva. It is now believed that he helps Buddhist as part of his bodhisattva goal. 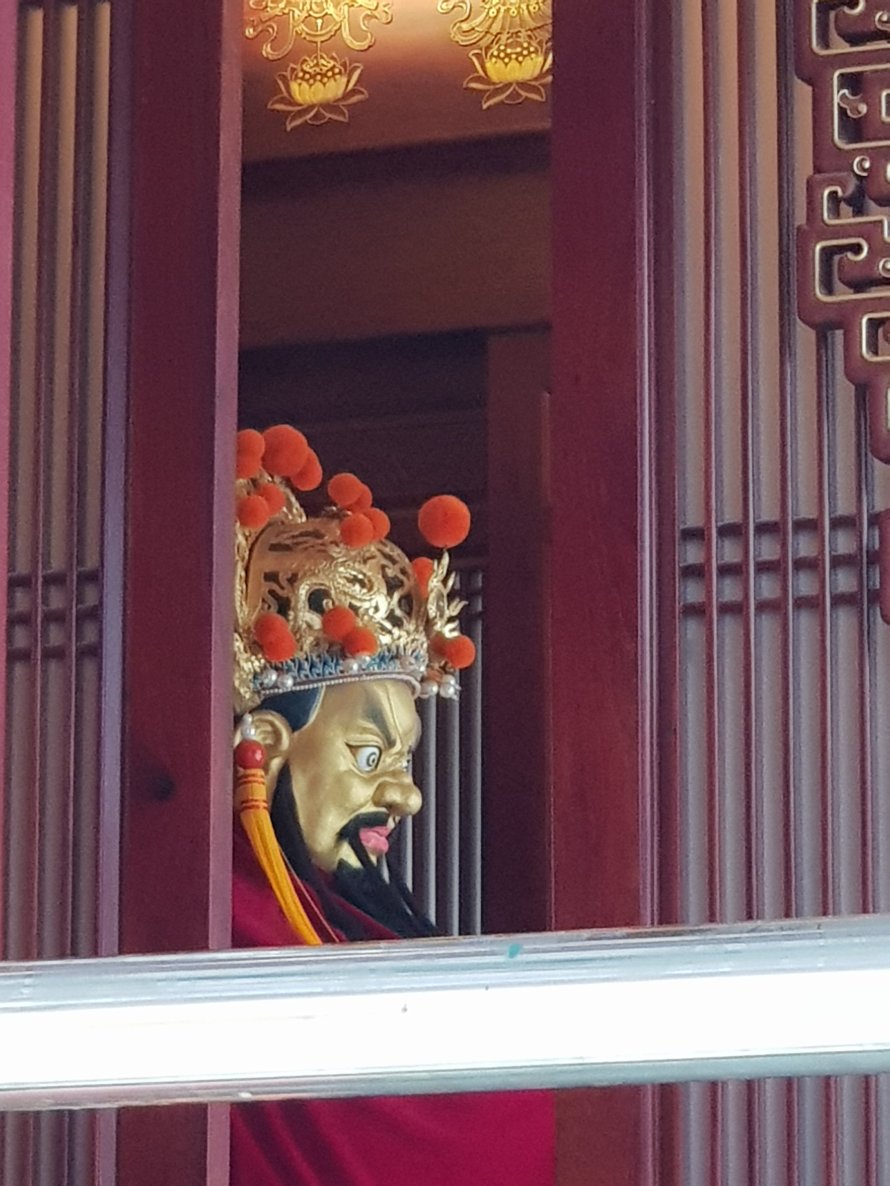 People from around China come to worship him and ask for help in their life. His efficacious wish granting abilities attracted limitless devotees.

It is amazing to witness philosophical and spiritual aspect of Buddhism being represented in beautiful artwork and these beautiful representations are in turn being integrated into a living cultural practice that is part of a Buddhist lifestyle.