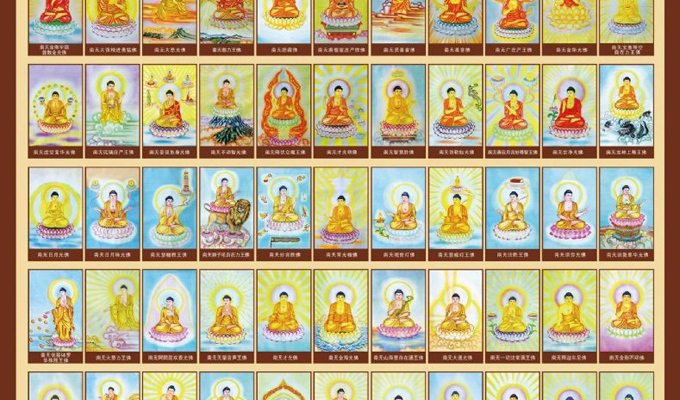 The next part of the repentance prayer is recalling the qualities of Buddha through his 10 honorifics.

Instead of translating to English, I revert to Sanskrit.

Note: These are other terminologies and names to describe Buddha. It is meant to remind Disciples of the various common qualities of Buddhas to stengthen our faith. Here’s the various honorific of Buddha. I based my research on Pali-tisarana chanting and Sanskrit dictionary.

– Refers to the quality of Buddha’s Dharmakaya. The Dharma body of Buddha is unchanging and permanent. It arises spontaneously to benefit sentient beings. It is the all pervading truth aspect. Translated literally into English (Thus arrived) It means when the conditions are right, the Buddha manifest in the world. In scriptures, the Buddha sometimes refer to himself as the Tathagata instead of using mundane terminology such as me, I or myself. It is almost as if talking about a 3rd entity that is beyond our common concept of I, you, we, they.

– The word Bhagavant denotes divinity and in ancient India means a divine being that is worthy of worship. However, Buddhism does not teach worshipping of Gods. Buddha himself made it clear to his disciples not to regard him as a God. Therefore it only makes sense to me to attached the word arhat to it to distinguish the quality of Buddha as a “special” divinity, an Arhat. One who is free from defilement. In this Buddhist context, the one worthy of our veneration is free from defilements.

– Meaning, the fully enlightened one. The one who is knower of all existences and Dharma. Possessing supreme knowledge and knower of the ultimate Truth that surpass all other beings.

This means: One who is self Enlightened and Enlightens Others.

“One who is self Enlightened” means he achieved Enlightenment on his own and through his own effort. Not because he learnt it from a teacher. Neither is Enlightenment something that was bestowed upon him by another being. (Therefore saying that God give Siddhartha Enlightenment or God enlightened Buddha or God made him a Buddha is incorrect)

“Enlightens others” means after attaining Enlightenment, he taught others to become Enlightened too. This is important because it means Enlightenment is not some airy fairy stuff that Buddha “made up” and only experienced by himself. Buddhist Enlightenment is something that fellow human beings managed to attain after they follow Buddha’s teaching. Put in modern language, it means it is verifiable and verified.

– Meaning the complete perfection of wisdom and conduct. As recounted in the Jataka Tales, the Buddha had perfected various virtues in his former lifetimes before his final birth as Prince Siddhartha. Virtues such as compassion, charity, patience etc.

A quick side-track: According to scriptural record, the poise and posture of Buddha is also perfect. When he sat, he sat upright (in the cross leg posture). He only spent a few hours at night lying down on his right side to rest his physical body.  He changes his posture to standing or walking to ease the body aches if he sat too long.  Constantly mindful and constantly poise and dignified. Therefore modern artwork of a Buddha with his head resting on his raised knee will be an incorrect depiction because He would never had adopted that posture.

Imagine maintaining full awareness and control of one’s bodily posture in an entire lifetime…. One would appreciate why Buddha gain the respect of Kings and warriors alike. It is really no simple feat.

– means Gone Beyond Samsara. When Buddha manifest the parinirvana, it demonstrate a “departure”. In reality the Buddha is beyond the mortal concept of “coming” and “leaving” The Dharmakaya is always presence and all pervading. This honorific can be referred to in context of Tathagata (see above) It means an ultimate release or the ultimate freedom from ceaseless rebirth and death in Samsara.

– Knower of the worlds. This means the Buddha has complete knowledge of all planes of existence, he knows the causes and effects of all matters arising in these worlds and knows them in the context of past, present and future. That is why gods, nagas and various beings come to him for advice and teachings.

– the incomparable one. Refers to Buddha as incomparable to all other humans. I think this is important because it demonstrate that our precious human body is equipped with the right condition for enlightenment. Buddha attained Enlightenment in a Human body even though he had been reborn as various types of beings previously. At the same time it also reminds us that Buddha is not just an ordinary human. He is incomparable. According to scriptural account, I think he is super human. His physiques are unique and he is born with super human ability too.

Leaders of man to be tamed. Man to be tamed refers to ordinary beings who suffers from all sort of mental afflictions that are rooted in Greed, Harted and Ignorance. Buddha is able to cure us of our afflictions. He is able to guide different people with differnt propensity skillfully. That is why we have so many different types of Buddhism now.

According to scriptural records, when the celestial beings from different heavens visited the Buddha for teachings (usually late at night), the city folks could see strange lights and radiance coming from the direction of the monastery where Buddha was residing.

This honorific reminds us that Buddha is also a teacher of Gods and Goddess.

The word Bhagavam has multi layer of meaning. It also means the most precious one in the world. In ancient India, there are various other religious leaders besides Buddha who addresses themselves as Bhagava or Bhagavat. The word Buddha is therefore put in the front to distinguish the Buddha from the others. It means a Noble one (Buddha) who is worthy of honor by the world.

May all be auspicious, well and happy.