The pregnant nun and her nasty son

During the Buddha’s time, a young married woman decided to become a nun. Unknown to her, she was already pregnant and to make matter worse, she mistakenly entered the monastic order of Devadatta (a wayward disciple of Buddha) instead. Her pregnancy became apparent and Devadatta expelled her from his monastic order. During the expulsion, she … END_OF_DOCUMENT_TOKEN_TO_BE_REPLACED

When I read about the earlier teachings of Shakyamuni Buddha, it impresses me with its “modern” messages. Therefore, if we need a modern type of Buddhism, we just need to look at teachings from Buddha’s earliest sermons. Foremost, Buddha taught his followers to do away with the trappings of religion. Buddha advised us to stop … END_OF_DOCUMENT_TOKEN_TO_BE_REPLACED

We praise companionship — yes! Those on a par, or better, should be chosen as friends. If they’re not to be found, living faultlessly, wander alone like a rhinoceros. “KHAGGAVISANA SUTTA: A RHINOCEROS” (SN 1.3), TRANSLATED FROM THE PALI BY THANISSARO BHIKKHU. ACCESS TO INSIGHT (BCBS EDITION), 30 NOVEMBER 2013, HTTP://WWW.ACCESSTOINSIGHT.ORG/TIPITAKA/KN/SNP/SNP.1.03.THAN.HTML . Seeing radiant bracelets of gold, well-made … END_OF_DOCUMENT_TOKEN_TO_BE_REPLACED

Cutting off the householder’s marks, like a kovilara tree that has shed its leaves, the prudent one, cutting all household ties, wander alone like a rhinoceros. If you gain a mature companion, a fellow traveler, right-living & wise, overcoming all dangers go with him, gratified, mindful. If you don’t gain a mature companion, a fellow … END_OF_DOCUMENT_TOKEN_TO_BE_REPLACED

This is one of the early Buddhist scriptures that is still widely recited in SE Asia because many swear by its efficaciousness to protect against evil influences. Therefore, it is also recited whenever there is suspicion of haunting and unearthly presence.
Something like exorcism but not quite. If you read the sutra, there is nothing about forceful expulsion. Buddhism treat all beings equally with compassion. (Including the beings who haunt and disturb people) This sutra is popularly recited like a “protection spell” (Ok I just watched Harry Porter) and is invoked whenever we feel psychologically / spiritually weak. Along with the Mangala Sutta and Metta Sutta, they form the 3 sutra that is recited to bring protection, blessings and happiness.

Background of the Sutta

During Buddha’s time, the city of Vesali suffered from famine and many died. Then the decaying corpse caused a pestilence. Consequently, more people died and corpses were everywhere. People in the city started reporting incidence of haunting and as a result the population were unsettled and fearful(becoming irrational). Buddha was invited to help the city.

Just before Buddha entered the city, a torrential rain poured forth. The water washed through the city and the corpse were swept away by the water. The streets became clean and the air was purified and no longer stank.

Upon arriving at the city, Buddha instructed Ananda (hisattending monk) to lead the holy congregation of monks to tour the city while reciting this sutta. As they walked around the city, Ananda would sprinkle water that is in the alms bowl of Buddha.

“Whatever beings (non-humans) assembled here, terrestrial or celestial, may they all have peace of mind, and may they listen attentively to these words:

This sutra starts by addressing a message to non-human beings or supernatural beings. It sounded like a hailing to call for a town hall meeting.
I would imagine that the city of Vesali was on the brink of social unrest.
A procession by a long line of calm looking monks walking in a single file, headed by Ananda would be a sight to behold.

Unlike other sutta, the Buddha did not preach about karma. He did not dismiss the local population for being superstitious. Instead, he instructed his personal attendant, Ananda to go around the city and recite verses that addresses supernatural beings whilst sprinkling holy water.
Up front, this seems to contradict Buddha’s messages to be non-superstitious. Academic may be quick to point out that it was the same Buddha who stopped a grand Brahmin ceremonial ritual or the same Buddha who discouraged his disciples from engaging in rituals and mantras.

However, if we examine the situation, then it might occurred to us that, perhaps the ritualistic procession helped to soothed the nerves of many people who believed in evil forces causing the epidemic. Therefore, the seemingly superstitious and ritualistic action (usually discouraged by Buddha), had a profound positive impact on a population that is on the brink of despair and social unrest.

From this perspective, the ‘ritual’ is not meaningless. Such is the wisdom and skill of Buddha. (I guess if someone is convinced of being possessed, you may need to speak their belief to reach out to them and help them.)

The next point in the verse is about having peace of mind and listening attentively. Although the message was addressed to the supernatural beings, people following the possession would have benefitted too.
Isn’t this an ultra-skilful way of benefiting the population?

Oh and by the way, the epidemic did stop after the chanting of the sutta by Ananda. Subsequently Buddhist who followed this ritual also reported its efficaciousness in curing various evil situations.

In Buddhism, we believe there are various types of supernatural beings. Like all other beings in Samsara, they are also affected by craving, aversion and ignorance. They may sometime do unwholesome deeds that have adverse effect on humans. The Buddha who successfully overcome the bound of Samsara and realised the ultimate Truth is greatly respected.

He also possesses great wisdom and power to overcome evil influences.
It is interesting to note that Ananda had not even reached the state of an Arhat at that point in time, when he was tasked to lead the mass exorcism of evil forces. Ananda is noted for his devotion and faith in Buddha.

I guess this set a precedent and perhaps also encourage the latter disciples to follow the same ritual with similar efficaciousness. It seems like faith and devotion in the Triple Gems have much spiritual potency.

To be continued….
May all be well and happy.

It is a new year and we start it fighting a world epidemic. in such challenging time, let us keep our mindfulness, loving kindness and compassion to stay together. Make sure hatred and fear do not have a place in our heart. 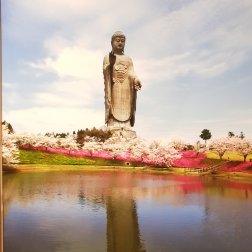 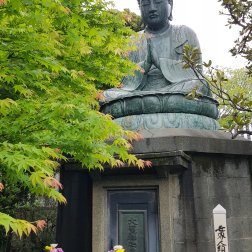 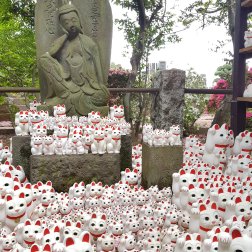 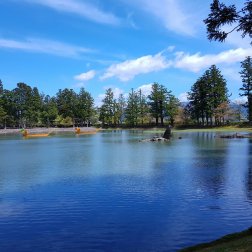 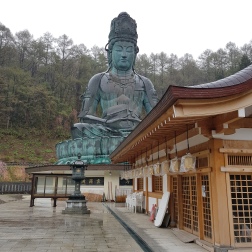 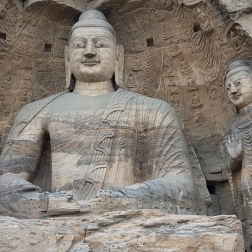 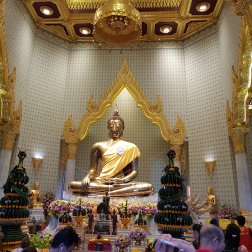 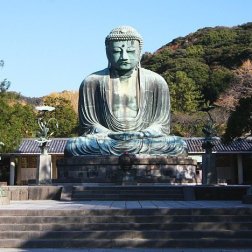 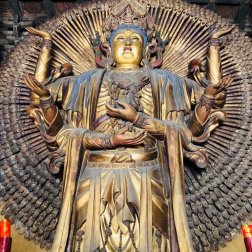 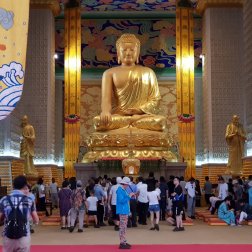 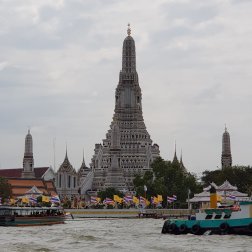 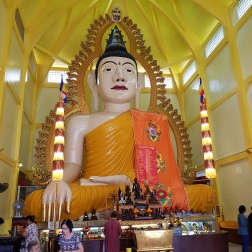 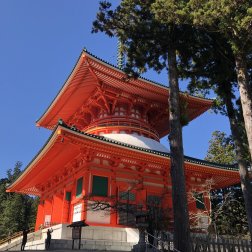 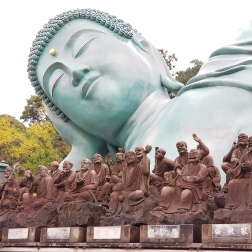