This temple dedicated to Guanyin or Avalokitesvara is in Nara, Japan.

It was simply beautiful, when I visited it during the Autumn of 2017. I reached this temple at around 3pm and there wasn’t much foreign tourist. Perhaps it is due to its slightly remote location and there were limited number of bus trip from the train station. I drove there on rented car and the tranquillity made me feel like the entire temple ground is mine! 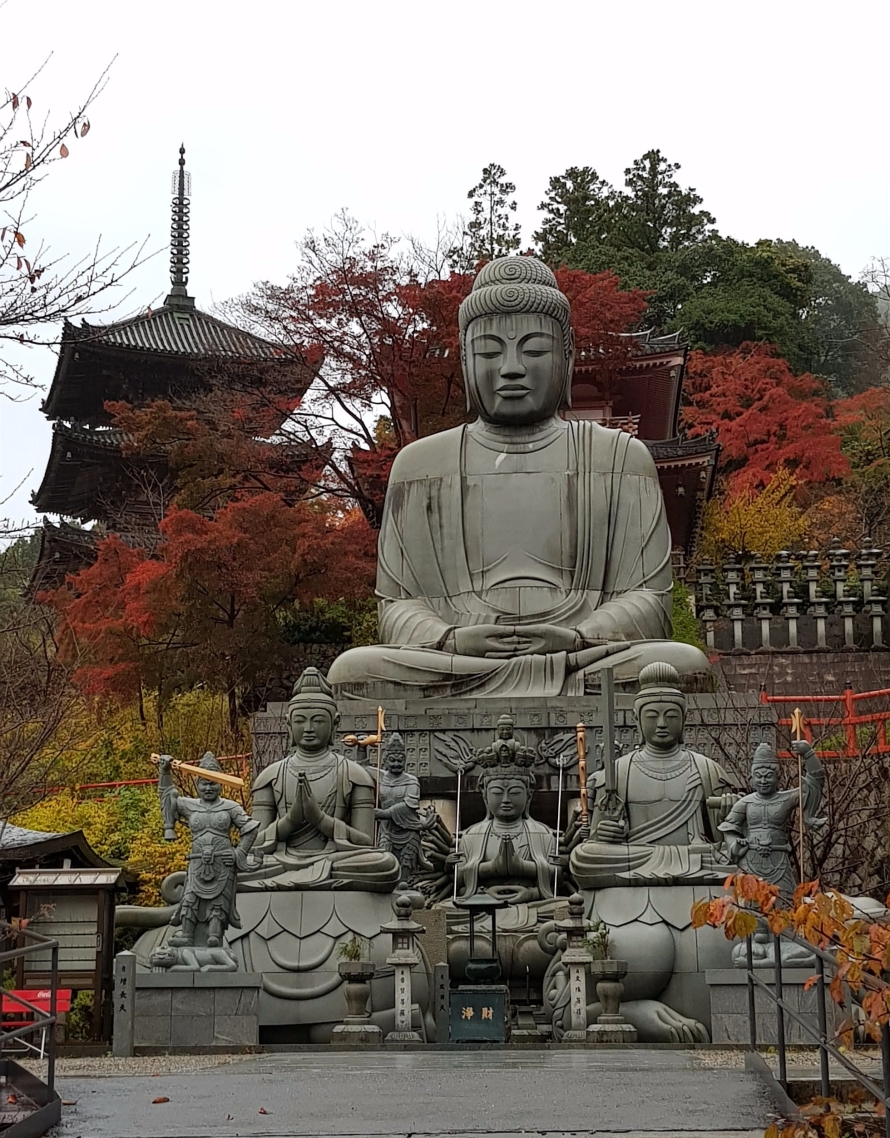 According to legend, the temple was built on a sacred site. During ancient Japan, a monk was in the midst of prayer when he noticed a bluish light outside his room. Upon investigation, the light was emitting from the ground. He dug that location and uncovered a statue of Senju Kannon (Thousand arm Avalokitesvara)

Later on, he cured the Empress of an eye ailment (thanks to the blessing power of  Senju Kannon). The Empress gave thanks by building the octagon hall to house the precious image. Subsequently, this temple became renowned for curing eye ailments.

This temple engaged in various charitable activities in India, in particularly aiding Jalma Institute of Leprosy and other Micro-bacterial Diseases. In appreciation, India had gifted them with some sculptures.

You start from the entrance and slowly climb your way up to the octagon hall where the sacred Senju Kannon is housed.

Outside the Octagon hall

When you visit the Octagon hall, remember to follow the guided path indicated by arrows. You’ll end up walking around the sacred statue 3 times (clock wise direction), the last round will see you out of the building to witness the beauty of the mountain. Don’t miss this!

Remember to visit the Sanctuary that was crafted in India! It’s like an entire Indian building had flown into Japan! The acoustic inside is fantastic, much like a cave. I sang/chant the refuge prayer in Pali there and it’s amazing.

Then proceed to visit the Giant Kannon standing tranquilly on the mountain top. During Autumn, the mountain might be foggy, giving it a magical touch, I had a wonderful time chanting Om Mani Padme Hum and circumambulating the giant statue at 4.30 pm. The fog rolled in after that and I couldn’t see the giant statue clearly at all! The mudra or hand gesture on this image is known as Karana Mudra. It means subduing evil forces!

Tourist information:   Check out this site